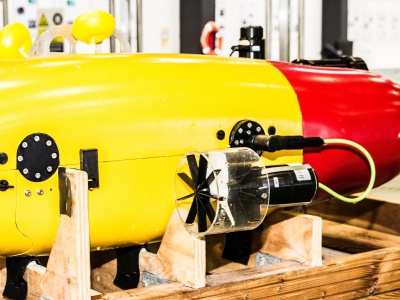 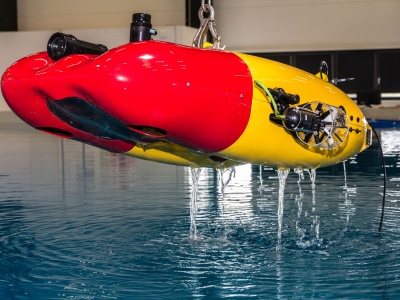 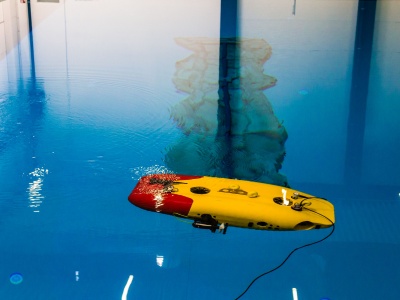 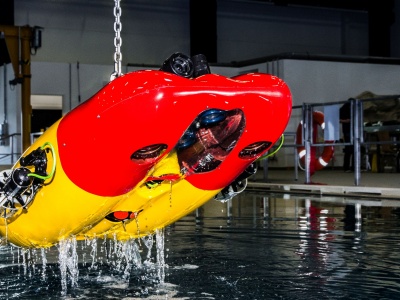 The AUV-150 is a lightweight and highly flexible Autonomous Underwater Vehicle (AUV) for autonomous underwater navigation and inspection.

The AUV-150 is equipped with a rich sensor equipment: Optical and acoustic sensors to autonomously inspect offshore installations like pipelines, platforms, or under water installations. The powerful electric thrusters and the high capacity battery allow for missions of up to 12 hours, depending on the type of inspection. A payload section provides the opportunity to add further customer-specific sensors. In suitable application scenarios, the AUV-150 can be tele-operated by fibre-optical cable, instead of acting autonomously.

The depth range of the AUV-150 is 150 meters - system variants for larger depth are available on request.